Stem cells are undifferentiated biological cells that can differentiate into specialized cells and divide to produce more stem cells. 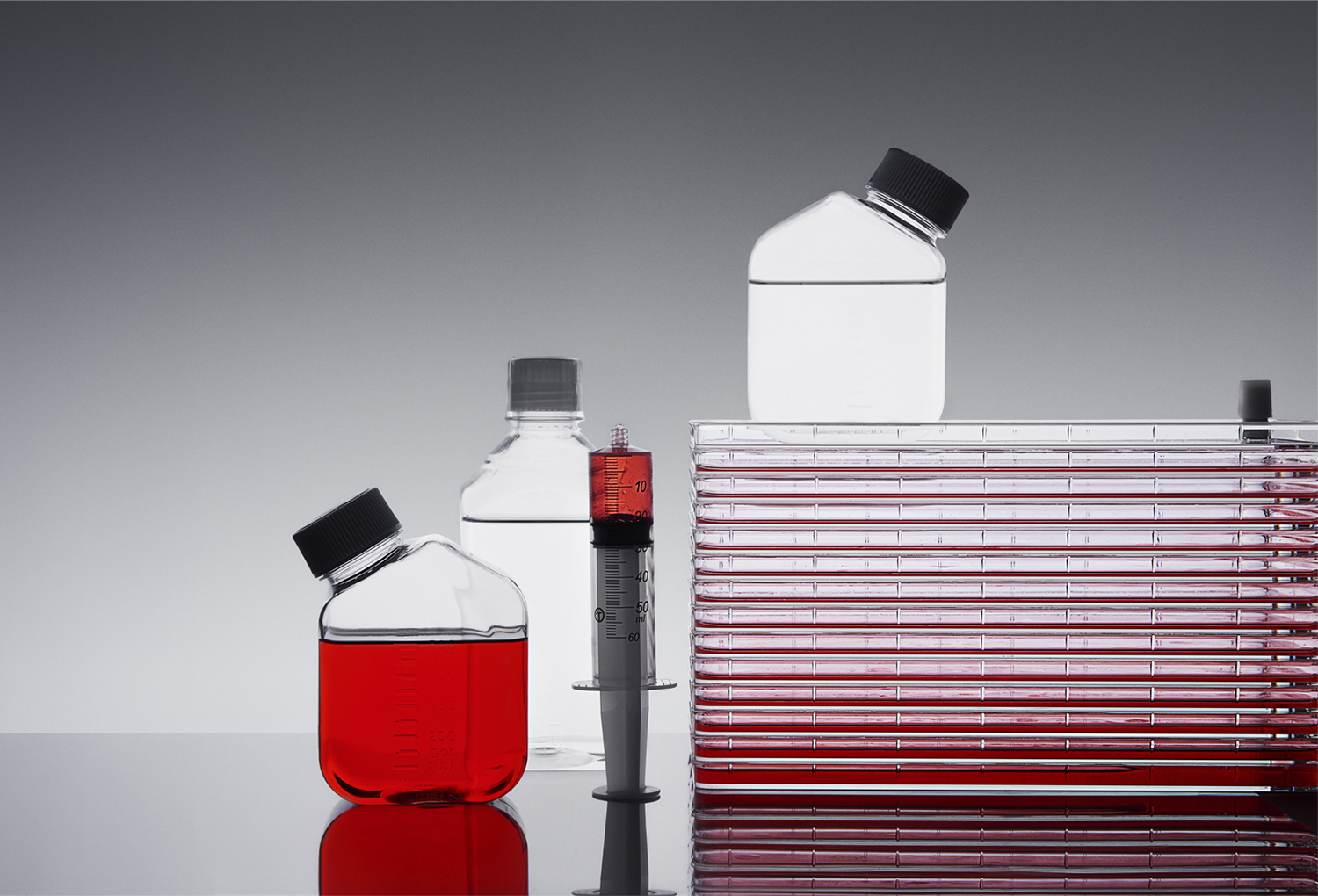 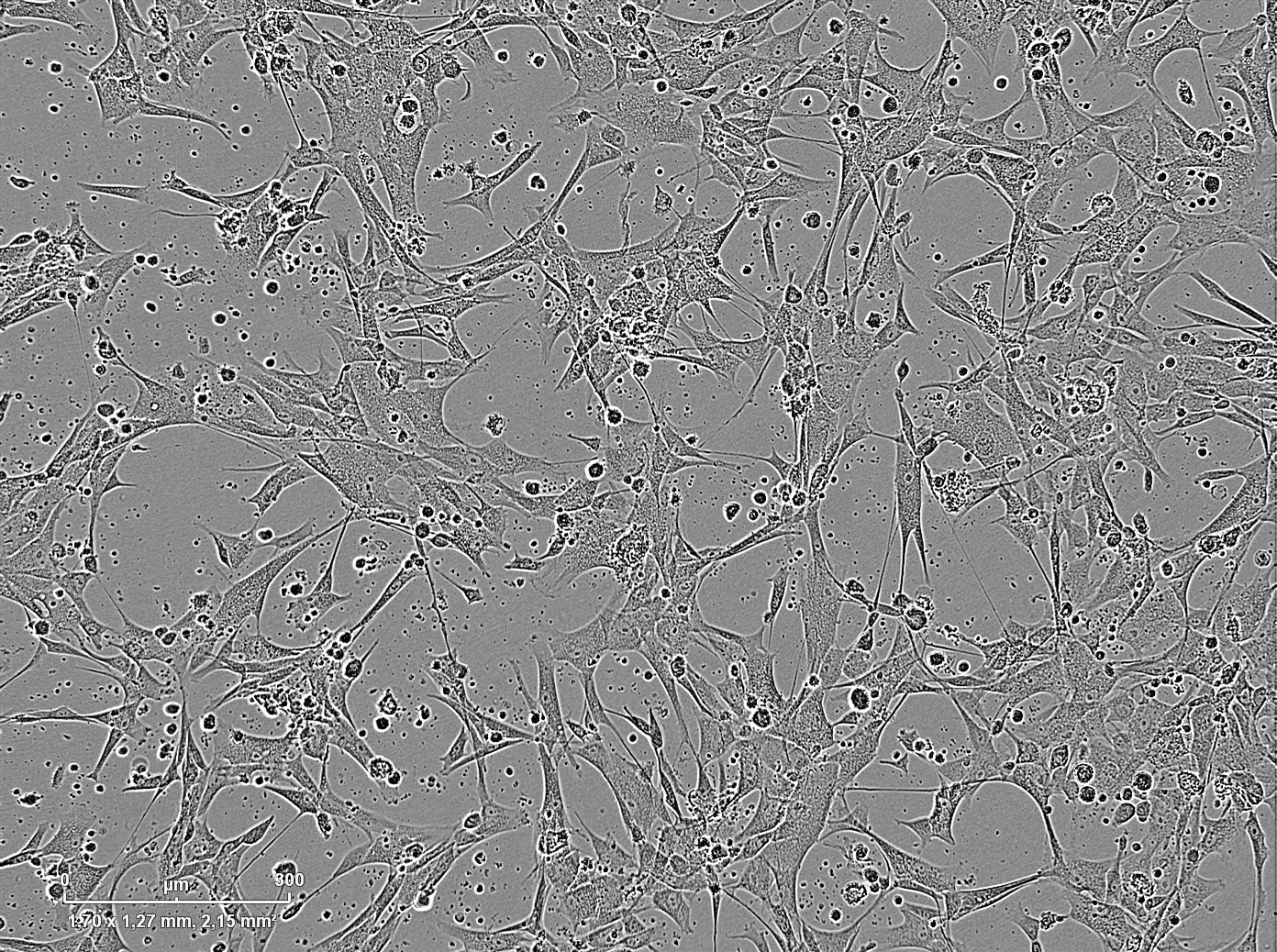 ASCs are pre-disposed to mature into adipocytes (i.e., fat cells) but can differentiate into other cells and stimulate the production of proteins and nutrients when needed.

Additionally, the risk of rejecting ASCs obtained from the intended cell recipient, also known as autologous stem cells (i.e., the patient’s own cells), is essentially non-existent because the body is tolerant to its own cells.

One can typically harvest 10,000-30,000 ASCs per ml of fat, corresponding to only 1-3% of the total cell population in the tissue. The small percentage of ASCs available in fat is a major restriction for offering effective natural cosmetic treatments on a commercial scale.

However, research has demonstrated that this restriction can technically be overcome by performing a subsequent expansion of ASCs in the laboratory (i.e., ex vivo) to boost a sufficiently high number of stem cells.

More than 500 trials involving thousands of patients worldwide treated with their own laboratory-expanded stem cells have occurred, and no serious side effects reported.

Stem cells have been widely used in many research trials worldwide focusing on numerous conditions, ranging from various heart conditions to different types of arthritis, neurological diseases, wound healing, diabetes, and inflammatory bowel diseases, among others. Many of these trials have produced very promising treatment results, and safety records from more than 500 trials involving far more than 1,000 patients using autologous laboratory-expanded MSCs, including ASCs, have been very encouraging, with no serious side effects being reported. Specifically, extensive research, including our own, has produced no data indicating tumour formation or malignant transformation of ex vivo-expanded ASCs.

However, despite these efforts and the potential of stem cells, turning these results into commercially viable treatments has proven difficult. The reasons for this are many and include a mix of technical, practical, regulatory, and financial considerations.

At Stemform, we believe that we have developed a successful pathway for the commercialization of aesthetic natural treatments that harness the unique properties of stem cells to provide a safe alternative to artificial implants and synthetic compounds. 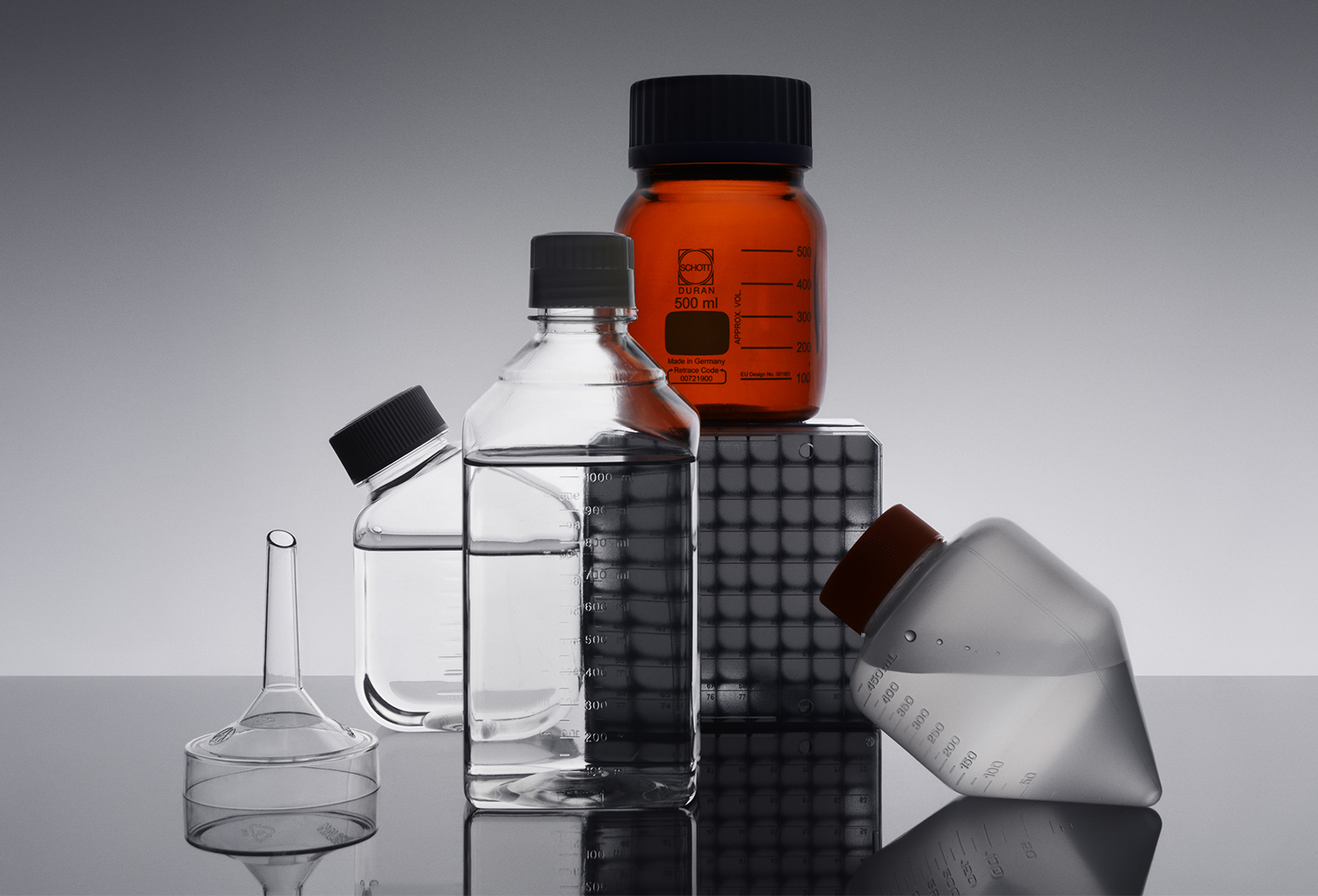 Some private clinics & hospitals claim to offer stem cell cosmetic treatments such as breast augmentation and facial filling, and skin rejuvenation. However, the amount of stem cells used are a minor fraction of the Stemform treatments which has a profound effect on graft survival rates.

It is important to distinguish between the following terms and natural treatments:

Conventional lipofilling is widely offered but produces unreliable results, with fat graft retention rates ranging from 20%-60%. One reason for this may be the low number of ASCs (i.e. 10,000-30,000 ASCs per ml of fat) in the fat tissue.

Cell-assisted lipofilling (a.k.a. SVF treatment) is sometimes labelled stem cell treatment, but the ratio of ASCs to fat is so low that this method hardly differs from conventional lipofilling. This most likely underlies why a proper scientific study demonstrated no differences in aesthetic outcomes between conventional and cell-assisted lipofilling (Peltoniemi HH et al., 2013 in J Plast Reconstr Aesthet Surg, 2013).

Stem cell-enriched lipofilling and stem cell filling are Stemform’s proprietary innovations and involve significantly expanding a patient’s ASCs in a laboratory before injecting these cells by themselves or mixed with autologous fat at a minimum concentration of 20 million ASCs per ml of fat to form transplant material for breast augmentation, facial filling, and skin rejuvenation. The graft retention rates of this innovative method are remarkable at 80% median value. 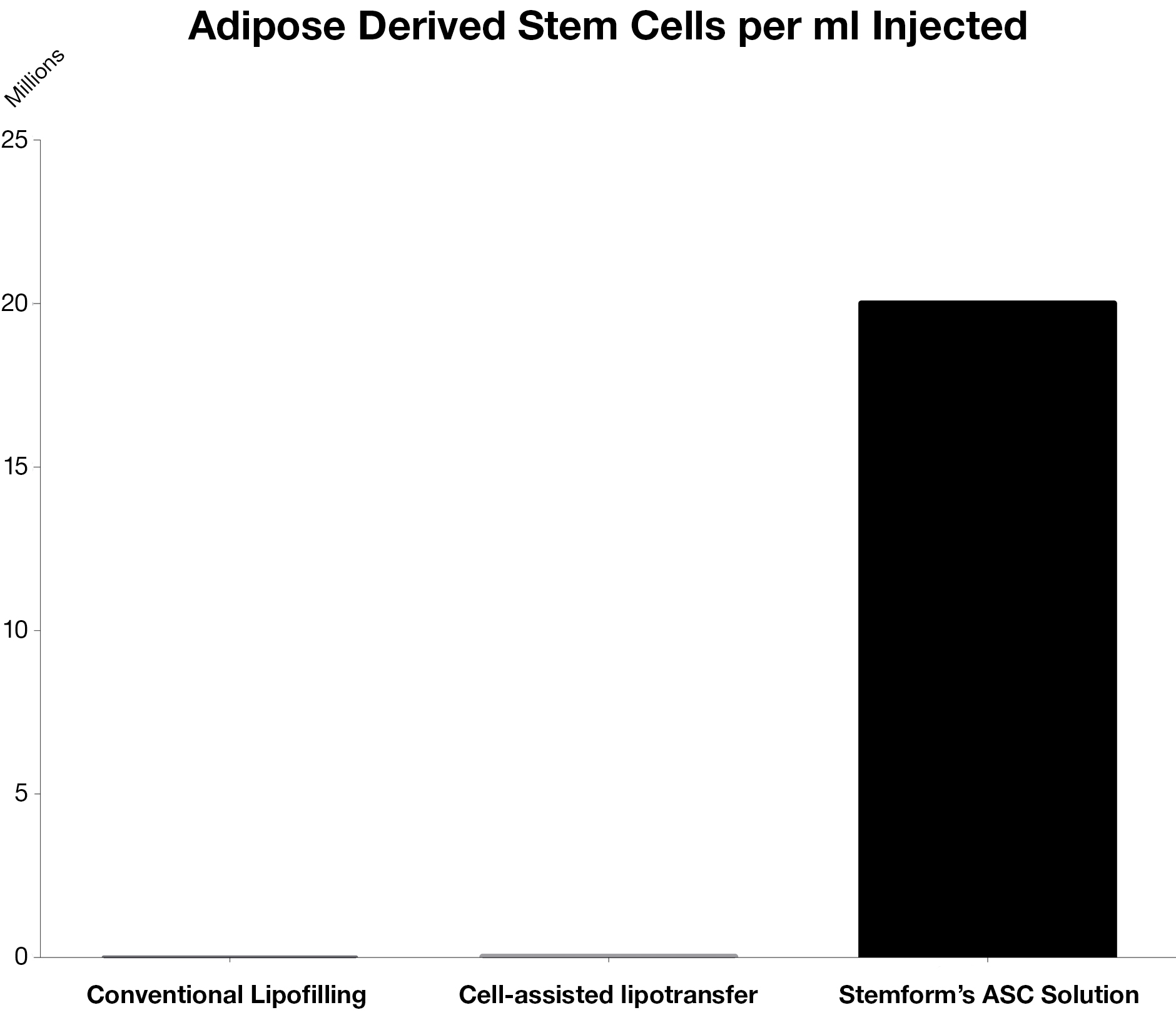 One possible mechanism underlying the Stemform innovation is that ASCs are more resistant to low oxygen tension than mature fat cells. ASCs will therefore survive the cosmetic procedures better and differentiate into new fat cells, helping secure the supply of proteins and nutrients to the transplant to prevent the well-known high rate of hypoxia-induced fat cell death.

In other words, boosting the ratio of ASCs to fat significantly improves fat graft survival.

Measured by magnetic resonance imaging (MRI) after 4 months, stem cell-enriched lipofilling with a minimum of 20 million ASCs per ml of fat produce graft retention outcomes of 80% as a median value. This compares with the conventional lipofilling method as control that yielded fat graft survival rates of only 44%. 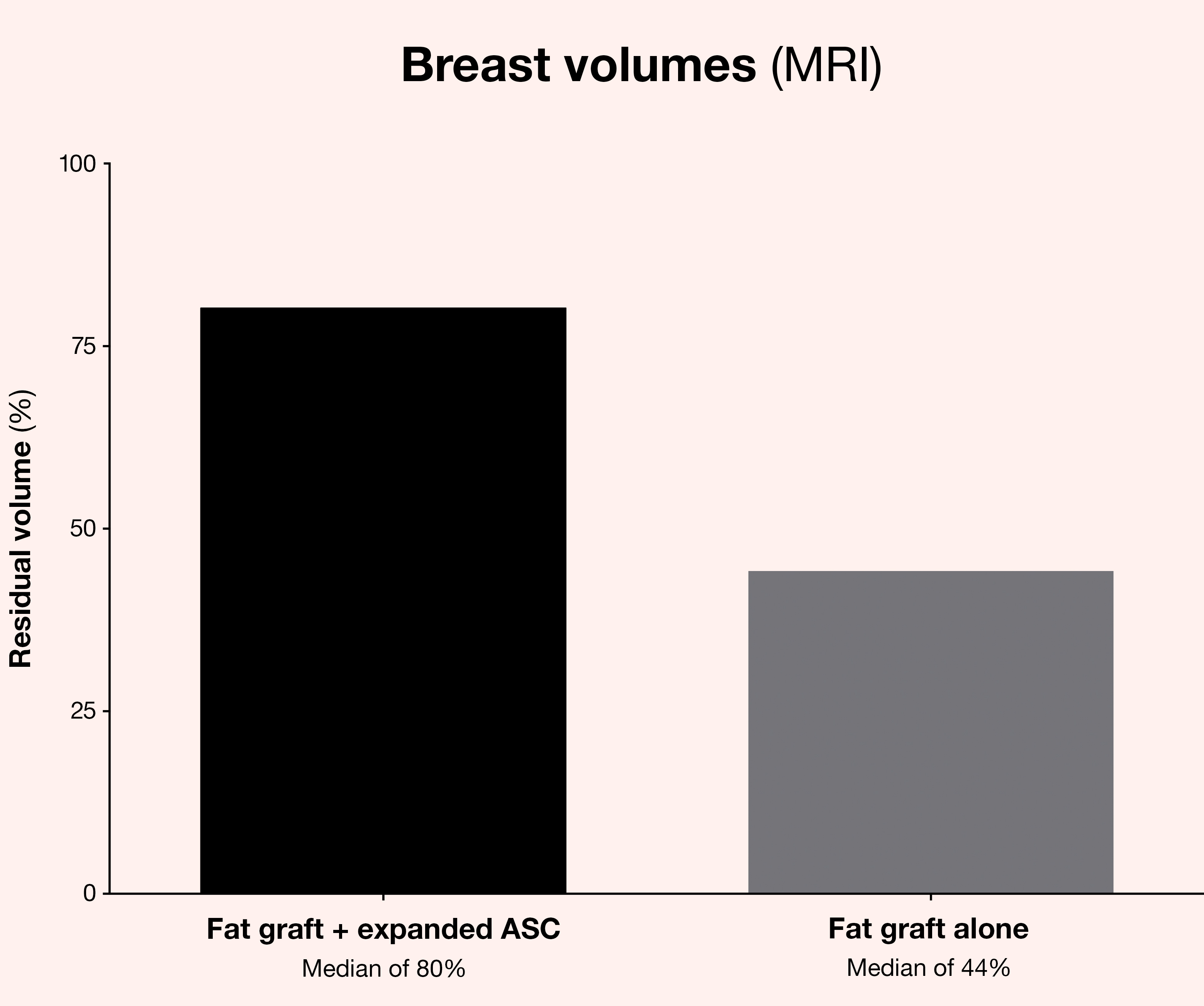